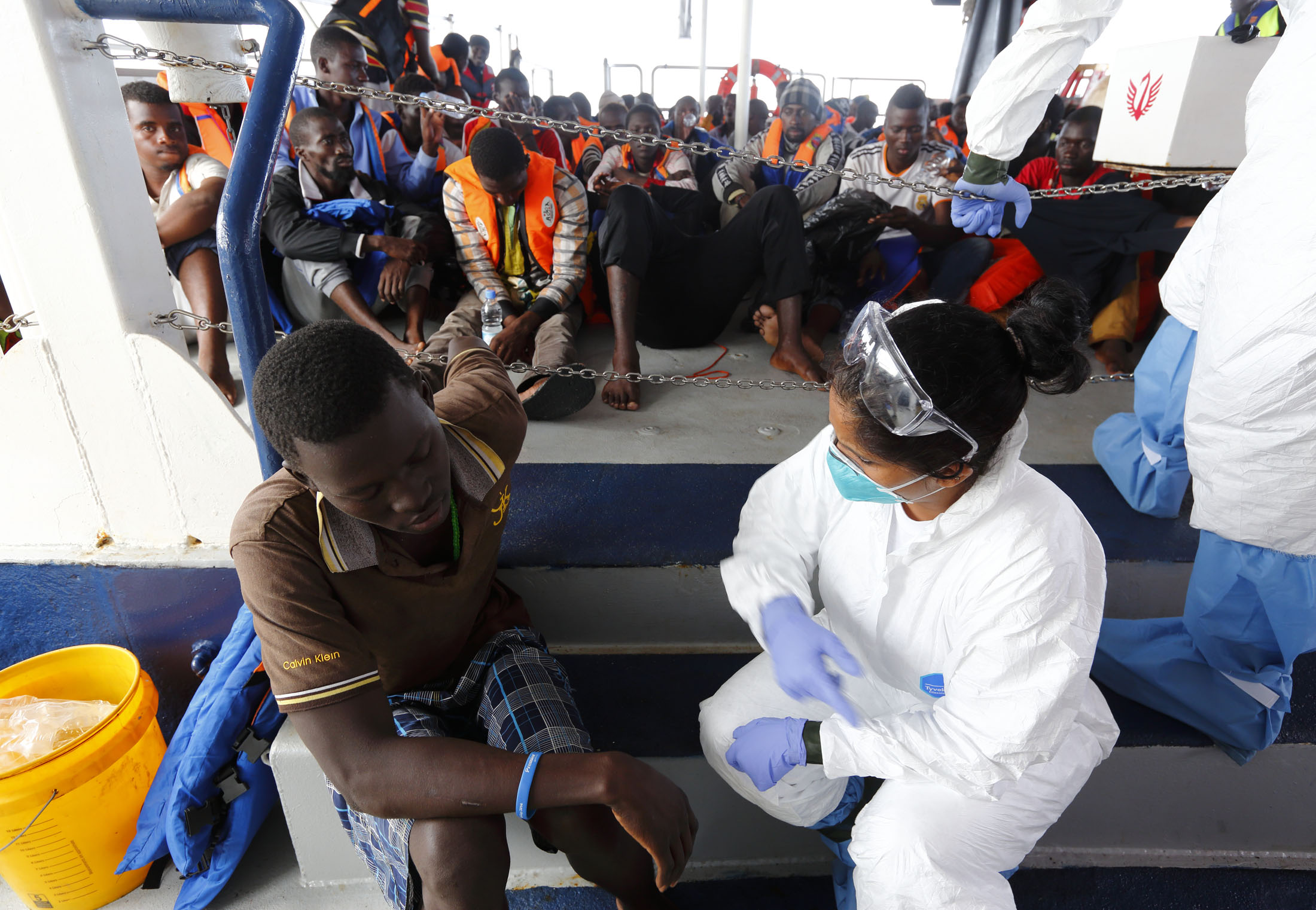 At present, two rescue ships are being held under quarantine in Italian waters. The Ocean Viking and Sea Watch 3 await the all-clear to leave and resume their search and rescue operations on the Mediterranean. While they sit idle, innocent lives could be lost.

It bears remembering that, last month, a sombre milestone was reached for migrant and refugee deaths on the Mediterranean. Since 2014, over 20,000 lives have been lost at sea, according to the IOM’s Missing Migrants project.

It is entirely understandable that Italy, one of the countries hardest-hit (so far) by the coronavirus, would want to ensure adequate public health measures are put in place. However, reports indicate that other ships aren’t being subjected to anywhere near such stringent measures.

In Greece, Prime Minister Kyriakos Mitsotakis indicated that a clampdown on the borders was partly intended to prevent the spread of coronavirus.

What we’re seeing is COVID-19 being used as a figleaf for European hostility toward refugees and migrants.

There are a number of significant crises playing out in the region, which will continue to result in people trying to cross the Mediterranean. As conflict escalates in Libya, and those displaced from Idlib flee bombardment to arrive at a fresh humanitarian catastrophe, the threat of pandemic is an added complication — but one which should not be twisted to suit political ends.

Refugees and migrants are all too often used as political pawns, and Turkey’s decision to open its borders has already had tragic consequences. One man was shot dead at the border with Greece, and a young Syrian boy drowned off Lesbos.

In Greece, tensions have been building. Its islands are often the front line of maritime arrivals, and host communities have shown they’re increasingly incensed at the government’s perceived failure to put a stop to it. At the critically overloaded Moria camp on Lesbos, conditions continue to deteriorate. Intended to house just 3000, the site is now hosting over 18,000 people — over 1000 of whom are unaccompanied minors.

Last week, ugly scenes erupted. Hostility toward media, doctors and NGOs was reported. In one instance, a number of doctors were evacuated from Lesbos. This, at a time when medical professionals need to be laying the groundwork for an effective coronavirus response.

And yet, there are slivers of good news. On Lesbos, residents also came together to push back against the rising tide of intolerance. And last week, it was reported that the crew of a Danish patrol boat on the Aegean had refused orders to push a dinghy of 33 migrants and refugees out of Greek waters. The crew rightly stated that to do so would endanger the lives of those on board.

The coronavirus is an issue that has gone beyond borders, and one which requires real international cooperation. Once again, Europe must be united in upholding the values that have been core to its status as a rights-respecting bloc. As we enter the warmer months, and with no sign of crises abating, we can expect that the Mediterranean route will continue to be seen as a viable option for desperate people seeking safe harbour.

Governments of the region must coordinate effectively with organisations to ensure compliance with coronavirus response plans. But search and rescue must be allowed to continue, not penalised.

The bones that litter the seafloor are a stain on our collective conscience, and the pile shouldn’t be allowed to grow as a consequence of ignorance, hysteria and fear mongering — whether it be about refugees or the coronavirus.

Christopher Catrambone is the co-founder of MOAS, an international humanitarian organisation based in Malta dedicated to providing aid and emergency medical relief to refugees and migrants around the world.