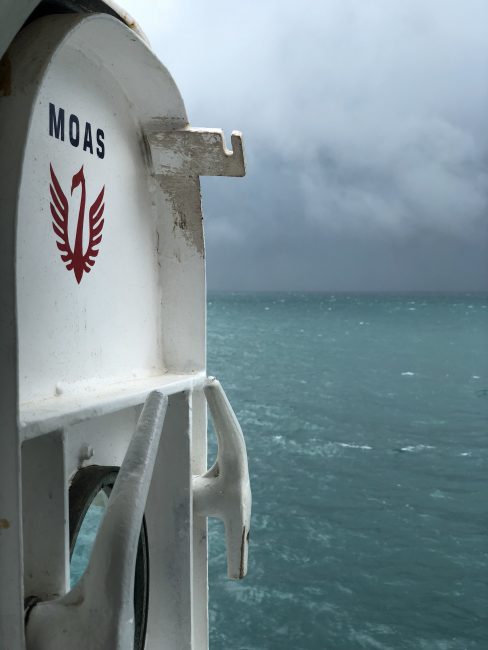 No Bitter End for Rohingya

When it comes to writing about the plight of refugees, one can often feel like a broken record. There is a disheartening sense that everything has been said, twice, and yet nothing changes for the better.

Indeed, there’s a kind of perverse Murphy’s Law at work. Every new twist marks an expansion of our understanding of the threshold for human misery, and of our capacity for failing our fellow man. This is particularly true for the Rohingya.

Things were grim before COVID-19. As though the curveball of a global pandemic weren’t enough, there’s now a cyclonic system brewing over the Bay of Bengal.

In India, mass evacuations are underway and coastal populations are on high alert. Even if the intensity of the storm wanes somewhat before it makes landfall, it has the potential to deal a devastating blow to some of the most vulnerable people on the planet: the Rohingya refugees in the camps near Cox’s Bazaar.

Even during a relatively mild monsoon season, landslides pose a real, mortal threat to those forced to inhabit the ramshackle tents that dot the barren hills.

Under an enforced internet blackout, the refugees have little access to information about the pandemic. They’ve been told to wash their hands and are attempting to shelter in place and practice “social distancing” — as effectively as one can when living elbow to elbow under tarpaulins.

As IRC Bangladesh Country Director Manish Agrawal pointed out in a statement released last week, the population density of these camps is 40,000 to 70,000 people per square kilometre — “…at least 1.6 times the population density on board the Diamond Princess cruise ship, where the disease spread four times as fast than in Wuhan at the peak of the outbreak.”

My organisation launched a program making reusable, washable cotton masks to distribute in the camps and host communities of Bangladesh, in a bid to boost preventative measures against disease spread, as well as promoting livelihoods during a time of great economic uncertainty. After all, there was little else we could do.

The news last week that the first cases of COVID-19 had been detected in and around the camps was at once horrifying and unsurprising.

As a humanitarian group that started as a Search and Rescue operation on the Mediterranean, we at MOAS take a keen interest in maritime rescue policy.

At the time of writing, it is believed around as many as 1000 Rohingya are stranded at sea, having been afloat for weeks. Credible reports suggest fatalities onboard have been occurring with some regularity, and that the boats have been pushed on from territorial waters of ASEAN states — in direct dereliction of their obligations as signatories to the Bali Process, and in breach of international maritime law.

Saad Hammadi from Amnesty International’s South Asia office called for parties to the Bali Process to convene a discussion, to ensure that Rohingya refugees are able to be brought to shore “so that we do not see the sea become an invisible graveyard”.

Some 308 Rohingya refugees who had been brought ashore after weeks of shuttling back and forth along the coast earlier this year are currently interned on Bhasan Char.

Bhasan Char is an uninhabitable agglomeration of silt with no natural freshwater supply, making residents entirely dependent on supplies from the mainland. Structures have been built to house the Rohingya here, but these are untested: no one knows how well they would weather a storm surge.

This shouldn’t be something tested on unwitting refugees. United Nations Secretary General Antonio Gutierres has called for Bangladesh to bring the 308 to shore, as Cyclone Amphan bears down.

That the 308 were rescued at all is to Bangladesh’s credit — however no nation deserves plaudits for meeting baseline requirements of maritime law.

The relocation of large numbers of people for emergency preparedness is a complicated logistical matter at the best of times, let alone with the looming threat of a killer communicable disease. In 2015, Bangladesh relocated almost a million people in anticipation of Cyclone Komen (notably, the Rohingya were not included in the evacuation plans).

For those in the camps and the often-overlooked Bangladeshi host communities, the impending twin threats of pandemic disease and a cyclonic system are — to invoke cliché — a perfect storm.

To invoke another, I’ll cite Gandhi: “The true measure of any society can be found in how it treats its most vulnerable members.”

Everywhere in the world, the coronavirus pandemic ought to bring about a reckoning with the way society’s most vulnerable are treated. In the US and UK, the glaring impact of inequality on health outcomes is starkly manifest in the death tolls from minority communities.

Only time will tell what damage the Cyclone Amphan will mete out, or what devastation the COVID-19 pandemic will cause in this stricken part of the world. Regardless, regional players need to do better — because if it hadn’t been this storm, or this pandemic, it would have been something else.

Treating refugees with dignity and care should be the bare-minimum. Allowing people to come to shore and live should always trump allowing them to die at sea. The nations shunting these desperate people back and forth should be internationally condemned.

Across the landmine-strewn border inside Myanmar, conflict continues to rip through Rakhine State. Atrocities are ongoing, even as Myanmar prepares to report back to the ICJ in the genocide case brought by The Gambia.

Myanmar has, predictably (and perhaps not unreasonably) invoked the coronavirus as a reason for further delaying repatriation of Rohingya refugees. But their return was hardly imminent before the pandemic — the conditions for safe, dignified and voluntary repatriations are, for now, elusive.

Until peace prevails inside Rakhine State, in some distant, post-pandemic future where the issue of citizenship is resolved and the Rohingya have a place to call home, Myanmar’s neighbours and allies will have to do their best to care for these rejected people.

The bitter end, in nautical terms, refers to the final links of anchor chain which affix to on-deck bollards. When setting to anchor, sailors would see the rags traditionally attached to this section of chain and know the depths below could not be fathomed with the available lines; that it was too deep to moor in this place. The phrase has taken on a different meaning in common parlance, referring to seeing something through to its natural endpoint, no matter how unpleasant.

When it comes to the suffering of the Rohingya, it seems no bitter end is in sight. This stateless people have been left time and again to plumb the depths of human misery alone. The least we can do is throw them a lifeline.