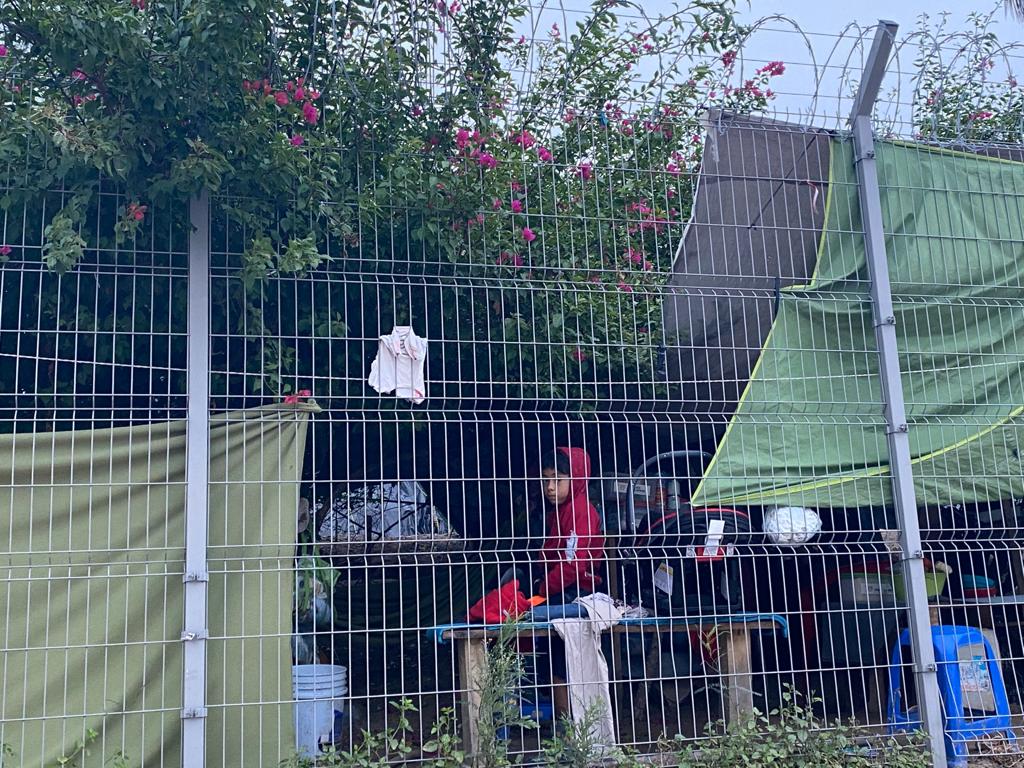 Suffering on our doorstep: Inhumane policy on the Southern Border

There can’t be many border crossings in the world with a more striking disparity than the one from Brownsville into Matamoros.

I recently went to see for myself the reality of the “Remain in Mexico” program, known more formally as the Migrant Protection Protocols (MPP). What I saw shocked me.

Just across the Rio Grande were conditions I typically see when I visit refugees in Jordan or Bangladesh or parts of Africa, with a level of danger to rival some of the worst parts of Syria.

Around a thousand people from the Central Americas, including many young children, were in a bare-bones facility bounded by high fences topped with reams of barbed wire. They’re free to come and go. And many do go — but not far.

From an initial population of over 3000, fewer than 1000 remain in the facility — in part, due to COVID-19. A shanty town has sprung up nearby, right on the banks of the river. People shelter under tarpaulins and in makeshift tents, braving extreme temperatures. Reliant on donations for food and water, they await their fate.

I heard from people afraid to shower because of the risk of rape, and of mothers terrified their daughters would be taken and sold by the cartels.

In 2019, the Department of Homeland Security (DHS) rolled out the MPP. This meant irregular migrants and asylum seekers apprehended inside the US would be sent to Mexico to await the processing of their asylum claims. They’re placed in detention centres. Those who attempt to go about things the ‘right’ way are made to wait in Mexico for their cases to be heard. The odds are stacked against them. Just 4 percent of asylum seekers in MPP are represented by an attorney, and fewer than 1 percent of cases will be granted protection inside the US.

The whole idea of MPP, at least as it was advertised, was to protect vulnerable people and ensure resources only went to those with ‘true’ claims to asylum. Trump packaged it as a way of saving children from exploitation by ‘coyote’ smugglers, cartels and gangs. But this obscures the fact that the very business model of such smugglers exists because of the toughening of the border regime.

The children Trump said he wanted to save are probably at more risk than ever before.

Those who fled bloodshed, extortion and crushing poverty in Guatemala, El Salvador and Honduras undertook journeys of desperation to get to the United States, only to be sent into a part of Mexico rife with cartel violence, murders, robberies, kidnapping, sexual assault and exploitation.

The MPP is inhumane policy, and the cruelty is a feature, not a bug. The US is knowingly sending people into brutal conditions, to one of the most dangerous places on earth.

When there are no safe and legal routes, people don’t stop moving. Those who are desperate enough will take increasingly dangerous journeys. This fact is reflected in a dark metric: the increased number of bodies found.

The International Organization on Migration has recorded a growing number of deaths on the US-Mexico border every year since 2014, documenting a total of 2403 over six years — 497 of which were recorded in 2019. Seven bodies were found in just the week prior to my visit.

As the IOM points out, there’s a shift toward more dangerous routes: “Many people also attempt the crossing through the remote rugged terrain of the vast Arizona deserts. At least 171 people lost their lives in this part of the border in 2019, a 29 per cent increase over the 133 deaths documented in this area in 2018.”

Those are the bodies that were found.

Those numbers inevitably tell an incomplete story. We will never know how many lives have been lost because of the Trump administration’s inhumane policy, or how many it has destroyed, or the trauma it has set in motion.

Support for human rights and dignity should not be a partisan issue: the MPP system must be abolished. The most urgent change needed is for people to be kept in the US when they are apprehended, pending the outcome of their asylum claim. There are empty facilities that could be repurposed tomorrow.

The United States needs to commit to creating safe and legal pathways for those seeking the American dream. Only then can we put an end to the suffering on our doorstep.